If someone is suffering from an arterial blockage, then their life could be in some serious danger. One of the procedures to help free that arterial blockage is called an angioplasty. When done properly, an angioplasty can either reduce the blockage or remove it completely so that the right amount of blood flows through the circulatory system. It is a procedure that comes highly recommended by doctors today, but there are some pros and cons to an angioplasty that should be considered before going through with a procedure.

What Are the Pros of an Angioplasty?

1. It Eases The Symptoms That Occur With Coronary Heart Disease
People who are suffering from an arterial blockage often have a shortness of breath and may have some associated angina. Having the procedure completed will make the symptoms virtually disappear and reduce the chances of a future medical emergency.

2. It Is Safer Than An Open Heart Surgery
An angioplasty is as much a proactive procedure as it is a reactive one. It isn’t as invasive as an open heart surgery, so recovery times are greatly reduced. The procedure also has a dramatically reduced chance of having a hemorrhage form and bleeding is often reduced with it as well.

3. Blood Circulation Can Be Immediately Improved
People who need an angioplasty have plaque blockages in their arteries that are affecting their overall circulatory system. These blockages make the body work harder to get the same circulation. By removing the blockage, blood flow improves and it will even prevent future heart damage.

What Are the Cons of an Angioplasty?

1. It Can Cause Bruising and Bleeding
When the catheters are inserted into the circulatory system, even the best insertion can cause bleeding and bruising that can create some soreness for several days after the procedure has been completed. Because the state of a person’s circulatory system can be severely degraded, it may be difficult to find the right place for the catheter to be inserted and that can cause more pain.

2. It May Cause An Allergic Reaction
Dyes are distributed throughout the circulatory system to locate the blockages. Although most people will not have a problem with the dyes, there is a chance that they may develop an allergic reaction to the dye that may rise to the level of a medical emergency.

3. It May Not Be Completely Successful
An angioplasty is designed to remove an arterial blockage, but sometimes only a portion of that blockage can be removed. In some instances, only a small portion of a blockage may actually be removed and subsequent procedures might be required to improve circulatory health.

Many of those who have had an angioplasty say that life has become a lot better and some even say they have more energy. Although any medical procedure contains a certain amount of risk, by weighing the pros and cons of an angioplasty, everyone can determine if it is the right choice to make for them. 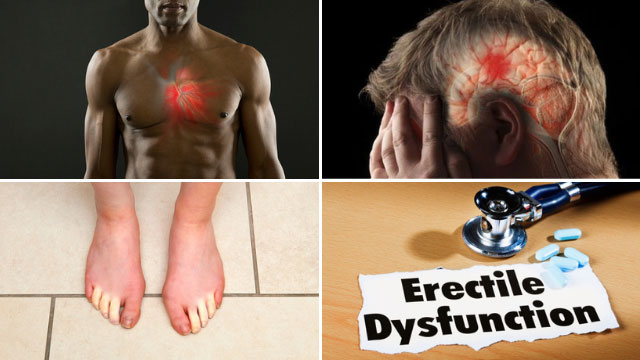 Well, the good news is that now you can quickly achieve your "healthy blood flow" goals with ONE simple solution that's easy, convenient & requires NO lifestyle changes...