About 3-4 years ago, my dad’s memory was getting really bad and he was complaining about it often. It’s odd because my dad has a really good memory – unlike me.

Now, the last time he complained about being forgetful, was when he was taking statin cholesterol-lowering drugs back in 1998. So that was a long time ago.

And that’s when I got him off the drugs and got him and my mom on a natural solution for cholesterol. The great news is that his memory went back to normal again and both my parent’s cholesterol has stayed in a healthy range the entire time.

Since then, he rarely complained about being forgetful or having memory problems…. And then it started again about 4 years ago.

But the problem was that he was all of a sudden complaining about being forgetful all the time. It came on fast, it wasn’t gradual.

We were actually worried that he might have more serious memory problems because his mom had it and thus, he has a genetic/family history of it.

I then asked him if he was on any new medications and he said “you know I don’t take anything unless I first ask you. However, my doctor did want me to take a blood pressure-lowering drug a few months ago, but I refused and said I’ll fix it naturally like I did my cholesterol”

Then I thought I WAS having memory problems because I don’t remember any of this… and then I asked my dad if he had ever told me about this?

He said “no, I didn’t want to bother you. This is just a part of the aging, son.”

I then told him “Dad, you’re never bothering me and for something like this, you HAVE to tell me immediately when it happens.”

And dad was right … Memory problems are a part of aging,… and so is having blood pressure problems. In fact, aging is one of the primary factors of heart problems.

Anyway, I proceeded to tell my dad how blood pressure is, of course, a major cause of heart problems, something he was already worried about.

But what most people don’t know, including doctors … is that bad blood pressure is ALSO linked to memory loss and being forgetful. In fact, having bad blood pressure midlife, starting around the age of 35 – is linked to “memory decline and lowered thinking skills” later in life, in your 60s and beyond.

And this was reported in JAMA Neurology1, based on a clinical study of nearly 13,500 men and women between the age of 45-65, for more than 20 years.

So, it’s a very accurate and well-documented study.

Sadly, taking blood pressure-lowering drugs has its own set of side effects, some of them ironically being “memory loss.”

So if you want to avoid heart problems… and you don’t want to have memory problems now or later in life, make sure you support healthy blood pressure today! 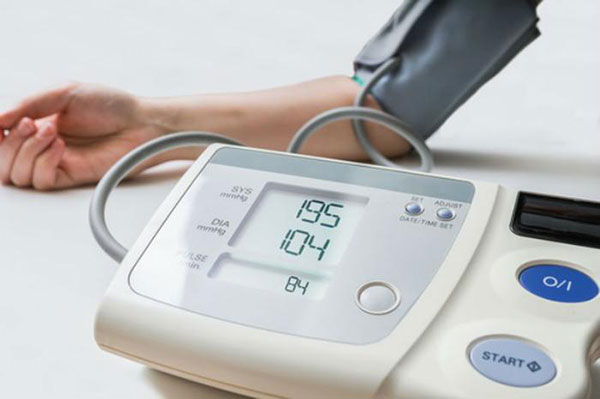