A few years ago, I had a client who was getting ready for a big movie, and in it, he needed to show off his abs. He was referred to me by another actor client of mine. I’m not here to drop names or reveal anything and it’s not important. However, this actor came to me in a very angry state of mind and said:

As you can tell, he was very colorful with is words and he was also very angry and frustrated. Which happens to many people who sacrifice so much and still aren’t able to get abs.

Plus, the problem with chronic low-carb diets is that it impairs muscle growth. It lowers thyroid levels, which decreases your metabolism and fat burning. It can cause other negative hormonal imbalances, which is bad for anyone who wants to build muscle and burn fat.

However, the benefit of a low-carb diet is healthy blood sugar levels and insulin secretion. But, your main goal for building muscle and getting lean is to mainly focus on improving insulin sensitivity.

So, getting back to my actor client. Since he was in a rush, I didn’t do immediate blood and hormone tests. He was very impatient and pissed off. So I told him to make the following changes, which he could take action on immediately and so can you.

And the goal with these 7 simple steps is to improve insulin sensitivity, which will help burn off belly fat, improve your energy and reduce inflammation – which will further burn off even more fat.

And a side benefit is also more muscle growth.

I immediately cut his workouts in half but had him do it more often. He was working out once daily for 2 hours. I told him to cut it down to 40-60 minutes, but twice daily.

By the way, if he could only get to the gym once daily, that was fine. The second workout was walking, 20-40 minutes.

2 – Eat Carbs Around The Workout

I told him to still have some good carbs, but only before and post-workout. The rest of the time, it was just protein and fat, no carbs.

With his carb-containing meals, he ate the protein, fat, and vegetables FIRST and lastly, the carbs. Which consisted of yams, lentils, white rice, or fruit.

People who have poor insulin sensitivity and also want to lose belly fat, increase energy levels, and so forth, are typically deficient in certain vitamins and minerals. Either lacking from the diet and/or their body just doesn’t absorb them well.

And they also respond extremely well to specific herbs designed for improving insulin sensitivity and having healthy blood sugar. You can see a big difference when using them.

There are a few specific ones, but to keep it simple – I gave him an “all-in-one” formula that I use myself.

He had no healthy fish oils in his diet, which is a major problem. I told him to eat wild-caught salmon at least 3x weekly and to also add in about 3-6 grams of fish oil daily.

I told him to have a tablespoon of apple cider vinegar, 3x daily.

Finally, to add in some psyllium fiber, twice daily.

Most of these changes you can make right away. With the special healthy blood sugar vitamins, fish oil, apple cider vinegar, and psyllium fiber, you can order and start using them in a few short days and they’ll make a big difference and accelerate the process.

We had another 30 days left to achieve that goal and in a future article, I’ll let you know what we did for that.

Keep in mind that he lost only 2 lbs to go from blurry abs to a 4 pack. This means he gained some muscle AND lost fat at the same time. While he spent less time in the gym.

Why?… because he optimized his hormones and wasn’t overstressing the body.

It’s a win-win and 30 days later, he was no longer angry and cursing. He was excited and hopeful and that’s where I want you to be. 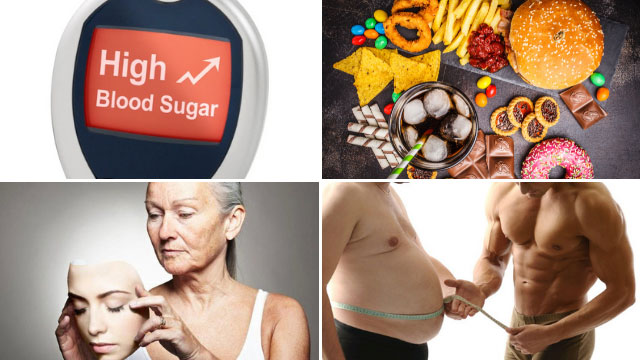