A little bit of memory loss is a natural part of aging. And part of the reason isn’t just due to aging, but partly for the lack of brain stimulation. Basically, as you get older, you’re no longer challenging your brain like you used to in your younger years… you’re not learning anything new.

As the saying goes, “use it or lose it”

However, hormones also play a major role in memory — for both men and women.

The decline in testosterone for MEN, which causes “andropause”…

And the decline in estrogen in WOMEN, which causes menopause, are major reasons for memory problems and general “brain” fogginess.

I’ll discuss the guys in another article.

Today I want to focus on women and menopause,… memory loss and how to prevent and reverse this, while also increasing your energy levels for BOTH your mind and body!

As you age, your ovaries stop working as well as they once did. Over time, they produce fewer eggs and eventually stop entirely. Your body responds by reducing the amount of estrogen it produces because the hormone is no longer needed for reproduction.

This process doesn’t happen immediately. During perimenopause — the transitional time before menopause — your estrogen levels go up and down a lot. This is when many women experience symptoms associated with the transition to menopause.

For example, hot flashes and night sweats occur when fluctuating estrogen levels send a false message to your brain that your body is overheating. Sleep disturbances occur because of reduced levels of estrogen and progesterone. Mood changes and depression are common, as well.

And research has clearly shown that the drop in estrogen and other female hormones, triggers memory loss and “brain fog”.1-3

The exact effect of estrogen and progesterone loss on the brain isn’t fully understood. It’s believed that estrogen may help the neurotransmitter systems that send signals in brain areas involved in memory and information processing. Many researchers also think that estrogen promotes the growth and survival of neurons, the cells that send electrical impulses.1-3

These impulses serve as messages that are crucial for making your brain and nervous system work properly.

So, let’s get down to the solutions.

My area of study is in pharmacology and endocrinology… which is the study of hormones. So, one of the ways to prevent these problems is to supplement both estrogen and progesterone. Doing so during perimenopause or early stages of menopause works best.

However, I do NOT advocate taking synthetic versions of these 2 hormones. Speak to your doctor about taking “bioidentical” versions, which are natural forms of estrogen and progesterone.

Granted, this isn’t something you can do for the rest of your life. So keep that in mind, it’s not a long-term fix.

So let’s continue on with natural, long-term ways of improving your hormones.

There are lots of things you can do to get more or BETTER rest. Sleep is one. Meditation and relaxation are also ways. Avoiding stimulants such as caffeine is important as well.

For protein, eat more fatty fish, such as salmon. But eliminate high mercury fish such as tuna, which will cause memory loss. Whole eggs, a little bit of chicken and bison are also good.

And you must also do some resistance exercise, 3x weekly. Lifting weights is very important for hormone production and improving blood flow. You can use machines, cables or even your own body weight.

This part most people skip out, but you MUST exercise your brain to prevent it from “shrinking”.

Read more and learn something new. There are lots of “online mind games”, such as Lumosity.com, which are fun and keeps your brain, synapses, and neurons fresh.

There are a few powerful herbs that will work like “steroids” for your brain. They’ll improve your blood flow, increase neurotransmitters, strengthen synapses and neurons… while also improving other brain chemicals — such as dopamine and serotonin.

Just because you’re getting older and have gone through menopause or aren’t producing the same level of hormones you used to when you were younger, does NOT mean that you have to go through the rest of your life “feeling” old… and having memory problems and being forgetful and having brain fog and feeling tired and lethargic or even depressed.

The only difference is now you have to put in a little more effort, to fix this problem.

But if you don’t do anything, you already know that the problem is only going to get worse. So please take action today and make some of the improvements I’ve listed in today’s article.

Over time, make more and more improvements in your lifestyle and I promise you, not only will you feel younger, you’ll also look younger as well! 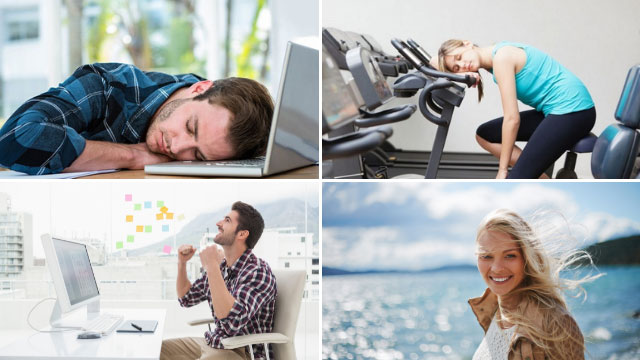 Here's an important "fact" about life - all of us, regardless of age - want MORE energy... Because it positively affects every aspect of our lives (money, leisure, relationships, health, etc.)

And as we get older, we also want better memory & brain health...

Unfortunately, even with a great lifestyle (diet, exercise, etc.) we have LESS energy & WORSE memory simply because of aging, stress and negative changes in our hormones.

This is the exact problem I ran into with myself. Because of this, I needed to find something that's easy & works quickly.

Well, the good news is that now you can quickly achieve your "energy, memory & brain health" goals with ONE simple solution that's easy, convenient & requires NO lifestyle changes...