When I started working out, back in the late 80’s and early 90’s, all the bodybuilders were big into eggs. Eggs for more muscle. However, not the whole eggs, but only the egg whites.

Actually, the opposite of the 60’s and 70’s, when they eat all whole eggs.

Back then, we had two types of protein powders – dairy and egg whites. Nothing else.

Back Then, It Was All About Fat

I remember this one time going to this bodybuilder’s home and he had a dozen hard-boiled eggs. I thought he was going to eat them all… which was going to be about 1000 calories.

He did eat all dozen eggs, but with a twist … He took out all the yolks and either threw them in the garbage or gave it his rottweiler dog.

I asked him why, since it’s all protein and it’s a waste of money throwing away the yolks. And trust me, this guy was barely getting by each month.

He said how the fat is bad for you and all the muscle-building protein is in the egg whites.

Well, it made sense to me back then, considering he was big and I was small.

In fact, that’s just how it was back then – everyone was against fat. Egg yolks supposedly caused heart attacks and shot up your cholesterol levels.

Now we know this isn’t true …

Of course, bodybuilders didn’t care about their heart or cholesterol levels.

They just didn’t want to get fat and hence, why they didn’t eat the yolks since that’s where the majority of the calories are from.

Basically, more egg whites mean more protein, which means more muscle – that was the theory back then and it made sense.

Yet, now we know better about this as well.

The scientist got a bunch of 21-year-old men, who had all been weight training.

They did leg workouts with them. Four sets of 10 reps on both the leg press machine and leg extensions. Total of 8 sets.

After the workout, they gave half the guys egg whites only and the other half whole eggs. Both received 18 grams of protein.

Of course, the whole egg group had more calories due to the fat in the yolks.

However, they then repeated the same experiment, switching the eggs around. 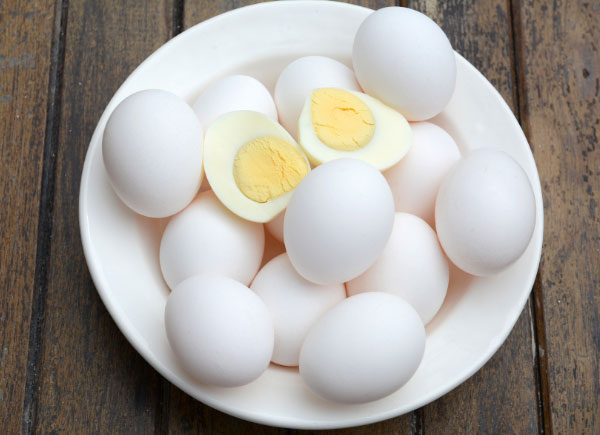 Thus, it was a fair comparison and experiment

After doing both blood tests and muscle biopsies, they discovered that the whole egg group had great levels of mTOR, which is one of the most important signals for promoting muscle growth.

Now, continuing one… typically speaking, the higher the mTOR, the greater the protein synthesis — which again, means more muscle growth.

Incidentally, this is one of the mechanisms of steroids – increased protein synthesis.

Thus, a much higher probability of gaining muscle over time.

Now, what’s so special about the whole egg that could have caused such a large spike in protein synthesis?

The researchers weren’t sure.

Nature Made It Perfect

But I personally think one main reason is that the WHOLE egg contains all the amino acids. Half in the yolk and half in the white.

The Biological Value of the WHOLE egg is almost 100% – which is better than almost all proteins.

Thus, nature made it perfect.

The yolk also does contain cholesterol, which is needed to make hormones – including testosterone, probably the most potent muscle-building hormone in the body.

So, if you’re going to eat eggs and want to build more muscle and have higher testosterone levels, it’s best to also eat the yolks.